OUR BOYS is the fourteenth documentary produced by Moriah Films and its second short subject since the award winning BEAUTIFUL MUSIC in 2004.

The film examines the events surrounding the kidnapping and murder of Gil-Ad Shaer, Naftali Fraenkel, and Eyal Yifrach, z"l, by Hamas terrorists in the summer of 2014. The parents of each boy recall their short lives and how this tragedy has impacted upon their families. Arab affairs analyst for Israeli television Ehud Ya'ari and author Yossi Klein Halevi discuss why the kidnapping and murder of the boys galvanized Israel and the Diaspora. The film then examines how the indiscriminate shelling of Israeli cities and towns from Gaza by Hamas, which followed the murders, resulted in the Gaza war. Man Booker Prize winning novelist Howard Jacobson looks at how events during and following the Gaza war have led to the greatest resurgence of anti-Semitism in Europe since the defeat of the Nazis in 1945. 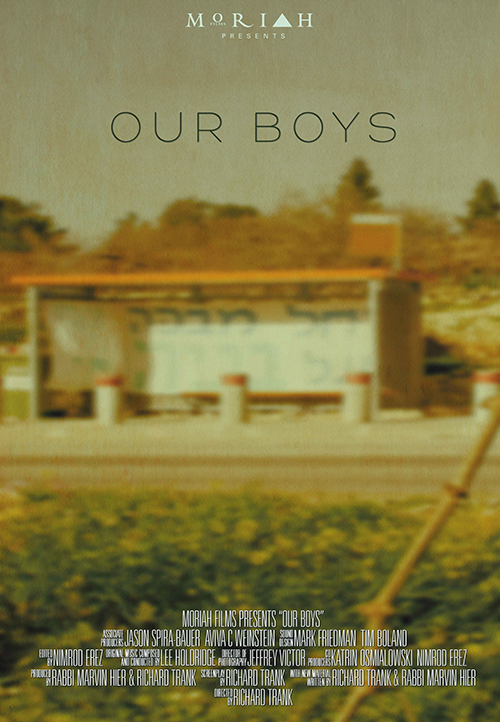 It Is No Dream