The Next Jihad by Rev. Johnnie Moore & Rabbi Abraham Cooper

The Next Jihad draws from the on-the-ground experience and personal testimonials of two of the world’s leading advocates for religious freedom and human rights—one Jewish and one Christian—as they explain what’s happening to Christians across Africa, why it matters, and what must be done now.

Although news of Christians being killed overseas hits major media outlets from time to time, the news quickly fades away while our fellow believers continue to suffer. Johnnie Moore, as he has done before, wants to awaken the church and American politicians to the daily horrors happening to Christians, focusing this time on Africa.


While the world has been fixated on jihadist threats in the Middle East, terrorists from Nigeria to Kenya have had free rein to massacre on a scale far beyond that of the terrorists in Iraq and Syria. Whole villages have been razed, mothers and children have been grotesquely killed, and an unabashed effort at ethnic cleansing has been embarked upon with unrelenting resolve. Their intention is to rid Africa of its Christians, either by forced conversion to Islam or by destruction and murder. 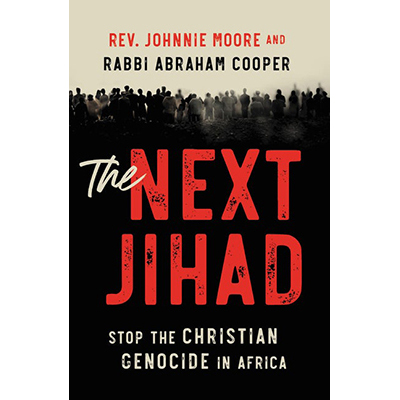